Well here it is, another book for you! Cold Echo was published 23rd September and already has some great reviews (phew). If you pick up a copy, I really hope you enjoy it.

Cold Echo had an interesting beginning when I was told by my then publisher to write something “less international and more local”. I wasn’t entirely enamoured by the idea as I love my overseas settings, and decided if they wanted local, they’d get local (!) and I set it between Bath and Batheaston, just down the road from me.

At first, I felt constrained by such a small world, but once the protagonist, Harry Hope, came to life, things changed. I ended up absolutely loving writing about my local area! It was also nice to give local places a bit of a plug, like the White Hart pub in Ford and the fabulous Bengal Bear Indian restaurant in Box.

Best of all, however, was realising that no matter where I set a book, it always ends up a thrilling ride and I was delighted when Bloodhound Books said they’d like a sequel.

Other news? Well, anyone who follows me on Twitter or Facebook would know that not only have I been flying our home-built RV-8 like crazy, but we won Best RV built in 2019, awarded by the Light Aircraft Association. Talk about feeling proud! 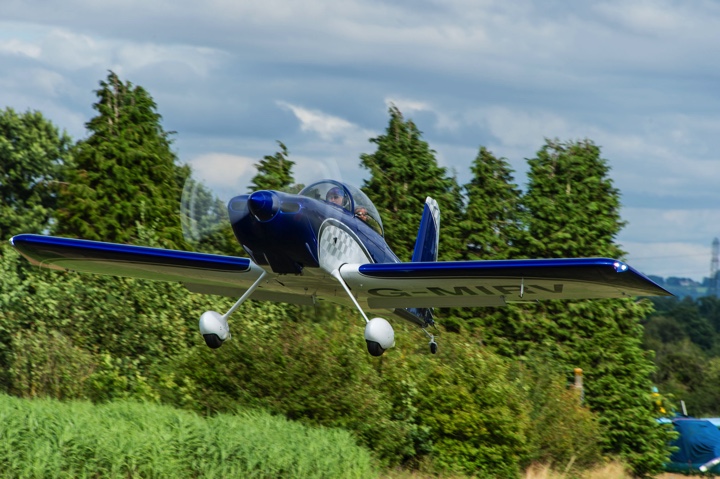 We’re off again! Incredibly proud to have won best built RV 2019, awarded by the LAA.

My first trip away was to Salcombe, Devon, for crab sandwiches on the beach, then back. By car this would have taken 2h 45 min to get there, but by RV-8 it was 50 minutes. Sold!

I now have the idea of visiting every independent bookshop in the UK by aeroplane, but with the latest count being 868 it might not be possible. Top of the picks, thanks to their glorious names are the Stripey Badger Bookshop in the Yorkshire Dales, and Lost in Books in Cornwall. There’s also Top Hat and Tales in Faversham, Kent, and the Snug Bookshop in Bridgwater, Somerset. If anyone has any more ideas, let me know and I’ll put them on my list.

Other news is that I’ve finally found a publisher for a book that’s been in germination for a decade. The Snow Thief is a thriller set in Tibet, about what might happen when the Dalai Lama dies. Tibet is a particular passion of mine having travelled through the country, where I found the Tibetans’ bravery against the Chinese organs deeply moving. 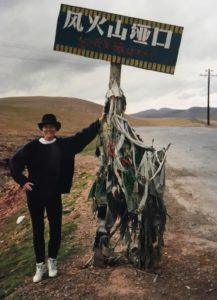 On the road in Tibet, inspiration for The Snow Thief

My agent loved the book, and wanted to “go big” in the USA, but was kiboshed by the cultural appropriation storm. Since then, I’ve found a wonderful niche publisher who is just as passionate about the book, and we’re working hard to bring the story to as wide an audience as possible. Watch this space for the publication date.

Normally, I recommend three books in each newsletter, but today I’m going to recommend just the one: War Doctor by David Nott.

This book blew me away. It’s incredibly powerful. It’s also incredibly honest, and his stories as a battlefield surgeon in some of the world’s most dangerous places like Afghanistan, Aleppo and Bosnia, are unforgettable. 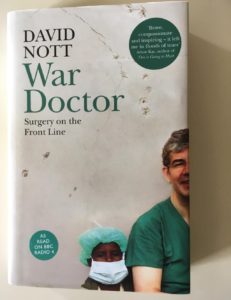 At times it’s terrifying and appalling but it’s uplifted by Nott’s huge compassion and humanity. Yes, he’s addicted to danger, which he fully admits, but he’s also massively driven by a true desire to help others, and help other trauma surgeons by training them in the art of saving lives with the bare minimum of kit.

Little wonder he was appointed an Officer of the Order of the British Empire as well as the Pride of Britain Award. He’s a real-life hero and his book is one hell of an extraordinary story. If I could give it ten stars instead of five, I would.

Wishing you all a happy autumn, or spring, wherever in the world you may be, and some happy reading –