Well, here I am, still in that awkward between-books state. Where some people feel they have to write every day, I find having a break does me good – which is why I’m writing this beneath a beach brolly in the garden. I’m on holiday (yippee!) not just physically, but mentally too.

It’s been heaven to dine with friends, stay up late, and be focused on the moment rather than drifting off creating another intriguing plot twist (I apparently get a very vacant look on my face when this happens).

It’s bliss to sleep the whole night through rather than be woken by what I believe are brilliant ideas. (Eight times out of ten, these ideas are complete rubbish, but occasionally even I’m surprised by what my unconscious mind comes up with).

I think you’ve probably guessed by now that I’m enjoying the freedom of not writing. 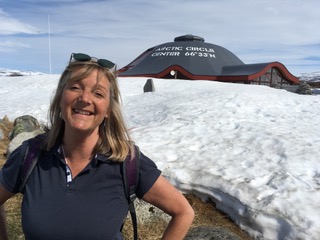 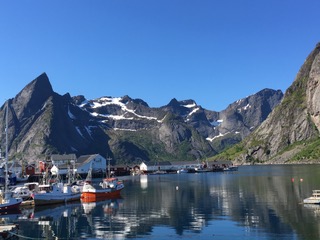 This pause also freed me up to go camping in Norway, and it was an utter joy to have time to read whatever I felt like, rather than for research. Even more joyful was not reading at all but going for really REALLY long walks that didn’t have to end because evening fell. I was 68 degrees north (100 miles north of Iceland, if that helps), well above the Arctic Circle, and in the land of the midnight sun. Which was, if you’re interested, very weird, because come midnight I’d be wide awake but also very tired.

Now I’m home, although I may be not writing, I haven’t stopped work totally because I keep looking at things askance, and wondering whether Norway could hold a sub-plot in a future book. I’ve also been working on the second draft of the third book in the Dan Forrester series, which has a title (at last!): KNOW ME NOW.

It suits the book really well, because it’s about Dan’s childhood friends and how when you pull one of the threads in their lives, everything else is affected. And when Dan’s father is murdered, he calls on his old friend Lucy to help him investigate…

Hey, I almost forgot. I have some good news!  If you don’t mind me having a bit of a self-trumpet blast, I’ve been nominated for the Ngaio Marsh Award for Best Crime Novel in New Zealand. How cool is that? Thanks, kiwis!

I’ve read some cracking books this summer, including Sharon Bolton’s Daisy in Chains, where even I couldn’t guess the ending, and Charles Cumming’s A Divided Spy, a really classy spy thriller awash with genuine spy-craft and fascinating psychological insights. 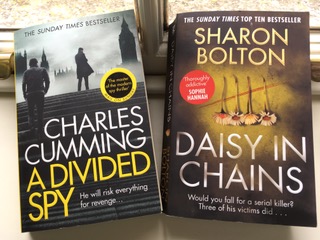 However, my book of the month is The Dry by Jane Harper, a stunning debut packed with suspense. Don’t be put off by the fact it’s set in Australia because it’s a cracker with characters you’ll love and characters you hate, and you can feel the searing heat of the Australian drought drying your throat as you read. Personally, I’d recommend drinking an ice-cold beer while reading what I think might become my Book of The Year. 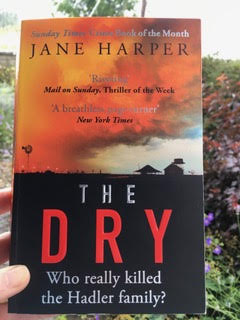 That’s it for now! I hope you’re keeping well and that your summer is filled with sunshine as well some great books!