Christmas is around the corner and you can guess what I’ve been buying… yes! BOOKS!

From the Private Eye annual to Tequila Mockingbird (cocktails with a literary twist) and The Penguin Book of Brexit Cartoons, there’s something cheery for everyone out there.

Even more cheery is that my thriller set in Tibet, about what might happen when the Dalai Lama dies, is currently being considered by two publishers. This is a book I wrote from the heart a few years ago, which my agent loved along with editors, but which sales teams considered “too foreign” (obviously forgetting bestsellers like The Rose of Tibet and Golden Buddha). Hey ho, a writer can only write a book, but if it doesn’t find a home in 2019, I think it’s time I launched myself into the world of self-publishing.

It’s shocking to think 60 years has passed since the Dalai Lama was forced to flee to India and even more shocking has been China’s treatment of Tibet and its people, and don’t get me started on what they’re doing to the environment. That’s for another book!

Other news… hmmm. I actually have more irons in fires, but the main one is that my agent has sent the first 5,000 words and an outline of my latest stand-alone to my editor at Zaffre, and I am at that nail-biting stage of waiting to see if I get another book deal… or not. Watch this space. 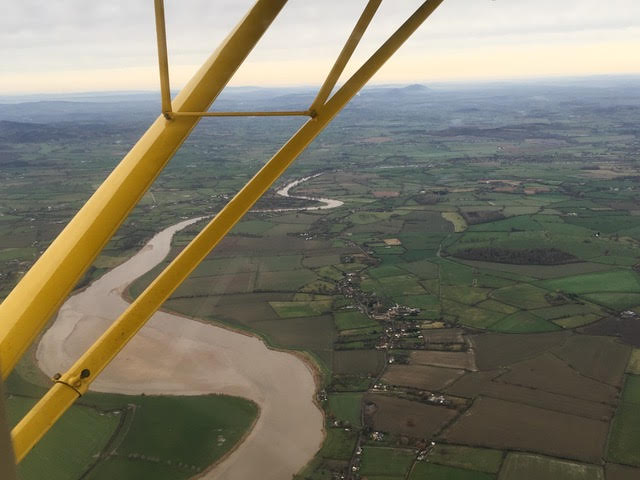 Chilly, but with a great view! © CJ Carver

While I wait, I’m writing reviews, doing bits of research, making soup (it is winter, after all), shopping for Christmas and, joy of joys, flying.  My gosh it was cold last week and the Citabria had a couple of immense drafts which forced me to perch a woolly hat atop my headset.  I was very glad the seating is in-line so the pilot couldn’t see me and break out in hysterical laughter.

I’m also reading a lot. I’ve just discovered Peter May’s China Thrillers and how I missed them I’ll never know. They are exceptional. Not just well written, but well informed and as exciting as hell.

The Firemaker is the first in the series and starts when a grotesquely burned corpse is found in a city park. From there, an unlikely partnership forms between an American forensic pathologist and a Beijing detective. It’s a fiery relationship born from ignorance on both sides, and I thoroughly enjoyed the view of China seen through a Westerners eyes, and the contrasting view of the West through a Chinaman’s eyes. But above all, the story was a cracker, with a premise that I found shocking and totally believable.

The Firecracker and John le Carré’s The Spy Who Came in from the Cold. © CJ Carver

When a friend of mine told me that he’d read a recently published novel lauded as “the next le Carré” and that it was so bad, he had to re-read The Spy Who Came in from the Cold to get the bad taste out of his mouth, I was so intrigued that I re-read the book.

I last read it as a teenager, and couldn’t remember the story at all, let alone the author’s style. I was thunderstruck. No wonder le Carré is so acclaimed. His prose is sharp, his descriptions brief, but I could picture every detail of every scene. I could feel every character’s ambition, their hopes, their fears. The story is gripping, shockingly realistic, and I was totally unprepared for the ending, which I found devastating and satisfying in equal measure.

Between you and me, I will now be re-reading le Carré’s entire backlist – a real joy in store.

The other two books I have reviewed on Amazon and Goodreads are Etiquette Guide to Japan, which gave me a brilliant insight into Japanese culture (and saved me a world of embarrassment) before my travels around Japan, and Skyjack, a super-fast and tightly plotted international thriller that is perfect holiday reading for action-thriller fans. 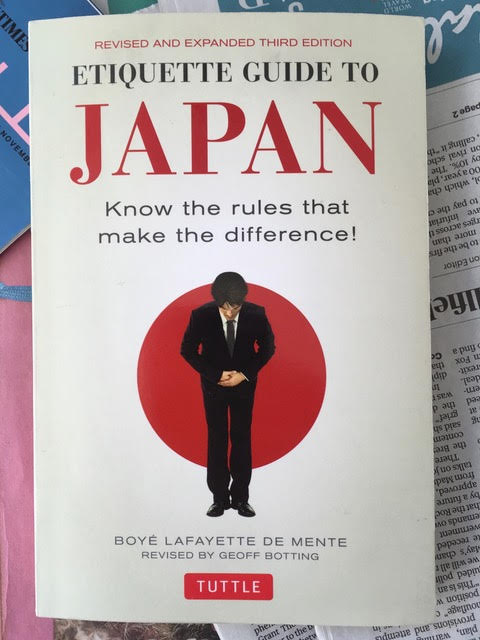 That’s me pretty much up to date, so all that is left is to wish you a very happy Christmas and New Year, and best wishes that you get some time to enjoy lots of great reading!