Yippee! The eBook for Know Me Now is now out! And so far the reviews have been great, so I’m really pleased. It’s always a bit of a harrowing time until you get some feedback on a new book, and the relief at all those 4 and 5 star reviews has been massive, believe me.

The paperback is published on 14th January, so less than a month to go. You can pre-order it HERE if you fancy it. 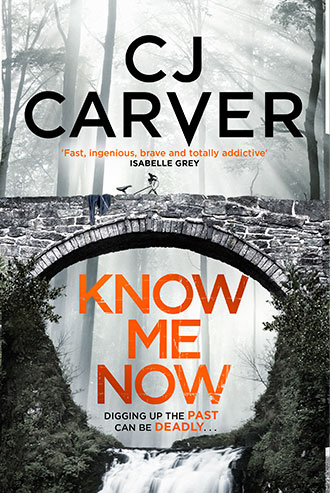 I’ve had fun reviewing my photos from my research trip to Germany, where part of the book is set. I went there before I started Know Me Now to get some inspiration as well as soak up a bit of atmosphere, and I’m so glad I did because I had no plans to include WWII in the story, but on seeing some of the memorials, I came up with not one, but several plot twists.

And then my favourite bit: the research for regional authenticity.  For example, how could I not research the brauhaus and the beer for Chapter 36? This is where Dan Forrester enters “a rustic looking restaurant that his father would have liked, which boasted the best Jägerschnitzel as well as having its own micro-brewery.” I discovered I loved Jägerschnitzel and that everything that’s been said about German beer is true. It is DELICIOUS. 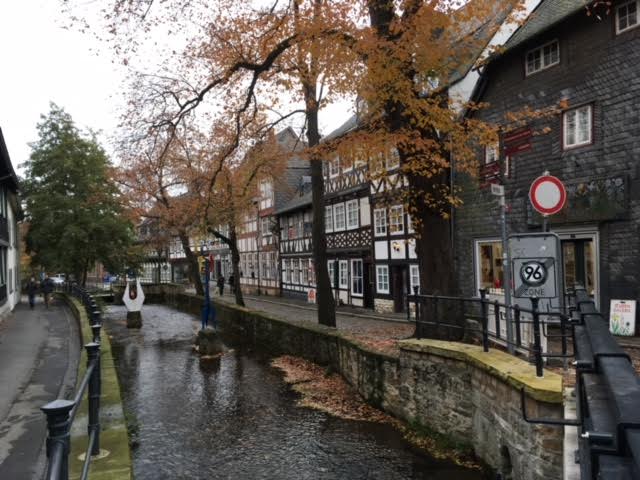 When I visited Goslar, near Braunschweig, my fictional town of Isterberg came alive!

Well, that’s the good news – last book out, next book started – but the bad news is that I still have a load of Christmas shopping to do. My ideas run from books, to books, and more books.

There is so much good reading out there, it’s hard to know what to pick, and to help anyone out there who is struggling against the massive tide of brilliantly reviewed books, I’m including my top three picks below.

(And just so you know, I’m turning a blind eye to anyone who writes for my publishers, Bonnier Zaffre, as I don’t want to appear biased. But if you’re looking for some great writing, Bonnier Zaffre have some fantastic talent so do check them out).

A Rising Man by Abir Mukherjee. Set in India in 1919, when the stability of the Empire is under threat, the atmosphere is rich, the characters beautifully drawn. Captain Sam Wyndham has been freshly imported from England to join Calcutta’s police force – he is in charge of solving a horrific murder – and seeing India through his eyes is a real treat. I don’t often read historical novels but this had me totally riveted and little wonder it won the CWA Historical Dagger.

Black Water by Louise Doughty. I’m surprising myself this year because this is also set in the past, during the civil conflict in Indonesia.  I hope people won’t discount Doughty because of the reams of publicity about steamy extra-marital sex in Apple Tree Yard, because this is an extremely gripping and haunting thriller with spies, betrayal and brutality.  Think Graham Greene and Adam Brookes (another of my favourite authors).

Here and Gone by Haylen Beck. I received a proof copy of this book and have to admit I cringed at the “lone woman” headline along with “Audra has finally left her abusive husband”.  A lot of the psychological thrillers with female leads leave me cold because I hate women being portrayed as victims.  That’s just me, though, because Here and Gone took me totally by surprise.  Yes, Audra is running from her extremely nasty husband, but she comes across something even worse. It’s actually a reasonably simple tale but it’s very well told, and I hurtled through those pages like there was no tomorrow.  Highly recommended holiday read in the style of Lee Child.

I would have included Jane Harper’s The Dry in my top picks because it’s so brilliant (with overtones of Blood Junction, which I wrote all those years ago), but since she won the CWA Gold Dagger along with a plethora of other awards, I thought I’d support a lesser known author instead.

For anyone interested in sociopathy/psychopathy, do try Confessions of a Sociopath: A Life Spent Hiding in Plain Sight, ME Thomas. I found this book alternately fascinating and repellent.  Just like I’d probably feel if I met the author, maybe?! It’s a great insight into the mind of a sociopath, and Thomas manages to articulate the struggle that high achieving sociopaths face daily. What I liked in particular was the argument that people like her – logical, decisive, risk-taking – make excellent bankers, politicians, lawyers and surgeons. Just look at that surgeon who’s all over the news recently for branding his patient’s livers with his initials while they were under the anaesthetic! He’s saved countless lives, is apparently a top surgeon, but he’s also been called arrogant with a God-like attitude that reminded me of…!

Oh, and if you’re after some really good tellybox drama, do try Big Little Lies and/or Happy Valley. I was addicted to both.

Right, that’s it! All that remains is for me to wish you all a very Happy Christmas and a cracking New Year – let’s hope Father Christmas fills all our stockings with nothing but great books!