It’s been a funny old time, the past few weeks. Being between books is always a little strange, creative-wise, because while I’m looking ahead at the next in the series (#4) I’m also working on #3.

My editor’s notes arrived last week, and after I gave them a quick read through (always an anxious moment, what if they don’t like it?!) and gave a huge sigh of relief when I saw there was no major re-write. Yes! I punched the air. My ed likes the book! A lot!

Having had a little dance around the office, I’ve settled down to the re-write, which mostly involves deepening a particular relationship and tightening the narrative. I always find the first draft is a little lengthy because I have to get the story down, and that includes a bit too much exposition which at the time I need, but is – luckily – easily cut.

So here I am with my pruning shears, snipping away to make sure the finished book zips along so the reader isn’t held up by information they don’t need, or pausing to wonder about the motivation of a particular character.

Now. To talk about the weather. (How very British!) Seriously, we’re in the middle of an anti-cyclone, and for a change we’re not stuck in an endless stream of rain but endless sunshine, and right in the middle of spring. 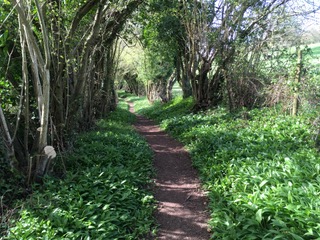 Though I have a deadline for my re-write, I’m really struggling to stay in the office now that spring is here…

This means that although I have a deadline for my re-write, I’m really struggling to stay in the office.  However, I’ve learned over the years not to beat myself up about not working every minute of every day because when it is wet, the wind howling outside, I know I’ll get my head down and work like a Trojan.

So, I went flying this week. Just from Kemble to Compton Abbas (which has to be one of the prettiest airfields in Britain) for a burger and chips, and back, but boy, did I get some great ideas for another book! 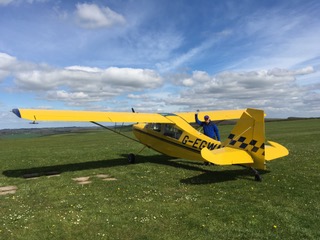 Life, you have to be in it. Especially as a writer. If I’d sat indoors I would have ended up frustrated and bad tempered, and would never have met such a great variety of people (or had such a great burger!). Fliers are a terrific bunch. I might just have to hang around with them some more…!

Thinking of life, I found a stray Labrador roaming the village last week. Being a responsible citizen as well as a dog lover, I managed to catch him, but having no collar meant I had to take him to the vet to get his microchip read. When the scanner came up blank, I wasn’t sure whether to be thrilled (I might get to keep him!) or horrified (did I really want a dog?!).

Luckily, on the fifth pass, the scanner beeped, and Douglas was eventually reunited with his owner. I was, I confess, mightily relieved, as I’d already decided I wouldn’t hand him over to Bath Cats and Dogs Home – I know they do a great job, but I couldn’t bear the thought of him being behind doggy bars. 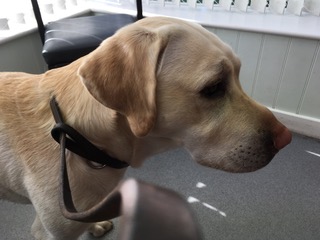 On the reading front, I’ve just finished Linwood Barclay’s Fear The Worst. Although it’s an old theme – Dad trying to find missing daughter – it’s still an entertaining story and I read it pretty much in one sitting. Like all of Barclay’s books, it’s a great holiday read. If you’re interested, you can read my full review here.

I was very chuffed to meet the pioneer of thrillers, Frederick Forsyth, this month, when we were both helping raise money to support the rehabilitation of our wounded (find out more at wordsforthewounded.co.uk) 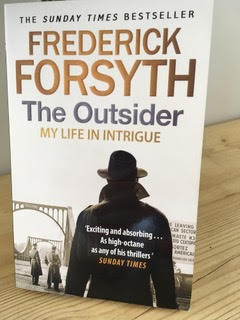 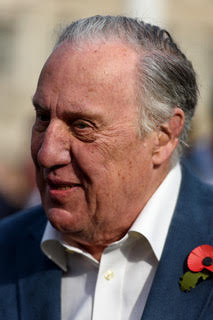 When he told me he wrote The Day of the Jackal in just 32 days, I could practically feel the creative blood drain from my head. It takes me a good 2-3 months to bash out the first draft, and at least 6 months gestation beforehand.

How did he do it? I asked. He said being broke helped concentrate his mind, but I’m not sure if that was a particularly inspirational tip! When I was broke, instead of waking in the middle of the night with a brilliant idea, I’d wake up with my heart pounding, sweating over how to pay the mortgage.

Having met the great man, I went on to read his memoir, The Outsider, which covers a pretty extraordinary life, from being one of the youngest pilots to have served in the RAF to reporting on the Nigerian Civil War and working as an SIS asset. If you’re a fan of biographies, you’ll zip through this one. It’s a thoroughly enjoyable read.

Right, that’s enough time indoors! The sun is blazing down, so I’m going for a creative walk!

As always, thanks for your support – I wouldn’t be here without you! 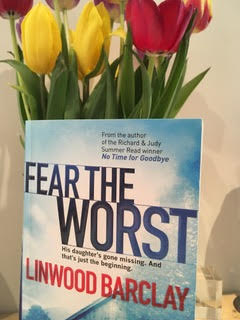